To share your memory on the wall of Dale Hakonson, sign in using one of the following options:

Receive notifications about information and event scheduling for Dale

Print
A private family service will be held.

We encourage you to share your most beloved memories of Dale here, so that the family and other loved ones can always see it. You can upload cherished photographs, or share your favorite stories, and can even comment on those shared by others.

You may be gone but you will never be forgotten.

Thinking of your family and friends as they/we process the fact you have gone over to the other side.

The boys and I have some wonderful memories to look back on and remember you. Memories we can/will share with your granddaughter Olivia Luna.

May you be at peace my friend.


Even in death you are still loved and forever will be.
You have touched the hearts of many people who will carry their memories always. We are not saying goodbye forever but goodbye for now. I hope you find peace and rest. REST IN PEACE 💔

Love and healing thoughts sent to all.

Posted Sep 17, 2020 at 04:14pm
We are very sorry to have lost Dale. Although we have not been with him recently we are grateful for the family times we spent with him and will remember those happier times. He was a gentle and loving soul.
Comment Share
Share via:
NS

Posted Sep 16, 2020 at 07:24pm
So sorry for your loss my condolences to the family, saw him last year at the fair. RIP my friend.
Comment Share
Share via: 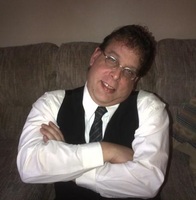 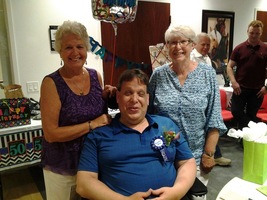